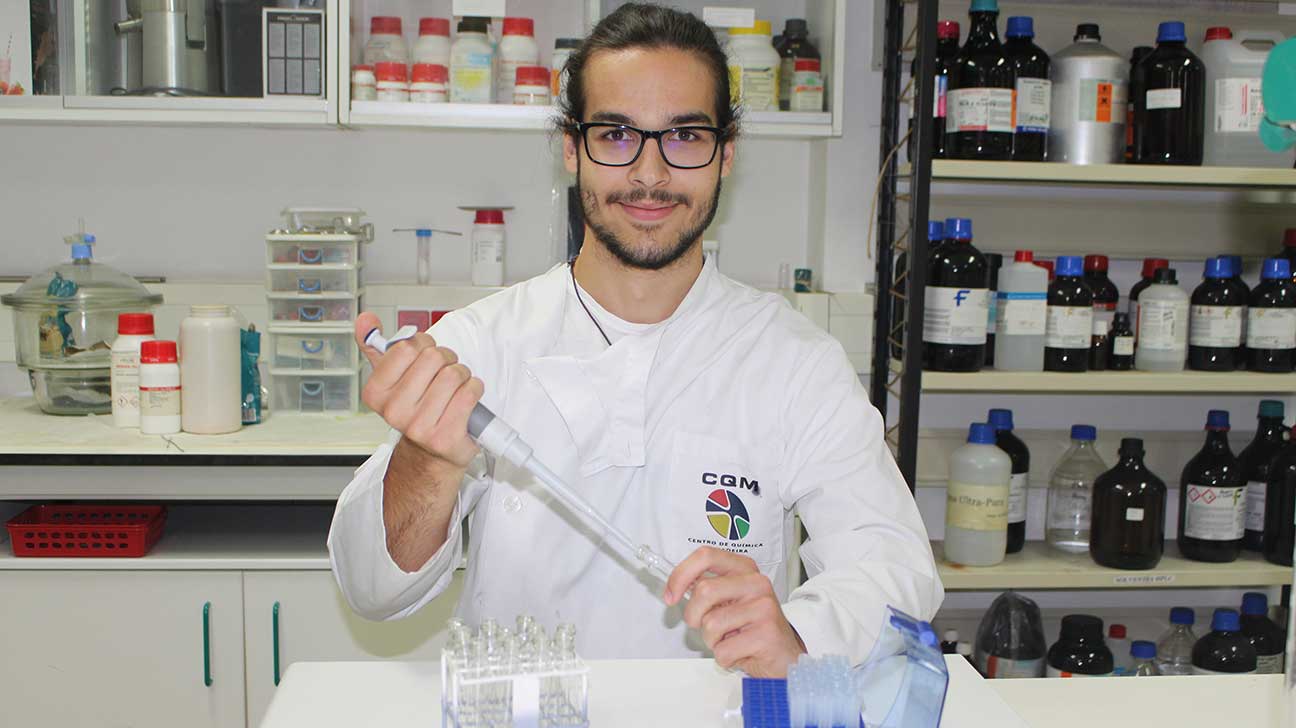 I'm at the University of Edinburgh and I'm taking a degree in Life Sciences with what they call honors in Biochemistry. I was interested in doing a Summer Internship this year and to do that I got in touch in the University of Madeira where I was directed to the Madeira Chemistry Research Centre. Here, I’ve met some Professors who told me about the “Premium” project: a bacteria-related project I've worked on in a previous work so I got really excited about starting the activities. In that previous work I was trying to grow bacteria in different sugars and conclude which sugar they grew more and this project I’ve been doing at CQM also does something similar to that which is trying to find a type of sugar that helps to conserve the bacteria not only in our system, but also in probiotic products and that is why I was immediately interested.

I now finished my first year of the Degree and I'm going to the second (in Scotland there is four years of degree, instead of three). It's a system a little bit different in comparison to the Portuguese one.

Regarding the work facilities there, I think the laboratory spaces are much larger compared to here because there are several buildings. Even though I think CQM is very well-equiped for its space and the Internship was even better than I expected!

My supervisors, a Professor and a researcher, helped me a lot and they included me in the work plan decisions and make me think about the procedures we had to do. I think that was great because it forced me to think and understand as if we were all in a puzzle and they made me feel like part of that puzzle. I also learned about HPLC and TLC techniques and I think they will help me in future.

Some thoughts about the culture between here and there...

There are several things that are small and other big about culture differences but a small thing (more like a joke) is for example, in Madeira there are too many bakeries and in the UK there are almost none. Only supermarkets. One thing that I find interesting about Edinburgh is that, for example, in Madeira we have the “Madeira Dance” (bailinho) but even if it is seen as traditional is already old and in the UK - in Scotland there is what they call the Scottish dance - that is similar to those dances that you see in Hollywood movies in Texas, those that are called square dance with cowboys. I think it’s a country richer than Portugal, and that's noticeable from the health care system and everything.

I'm planning a lot of things for my future but for now I'll go back to Edinburgh for another Summer project.