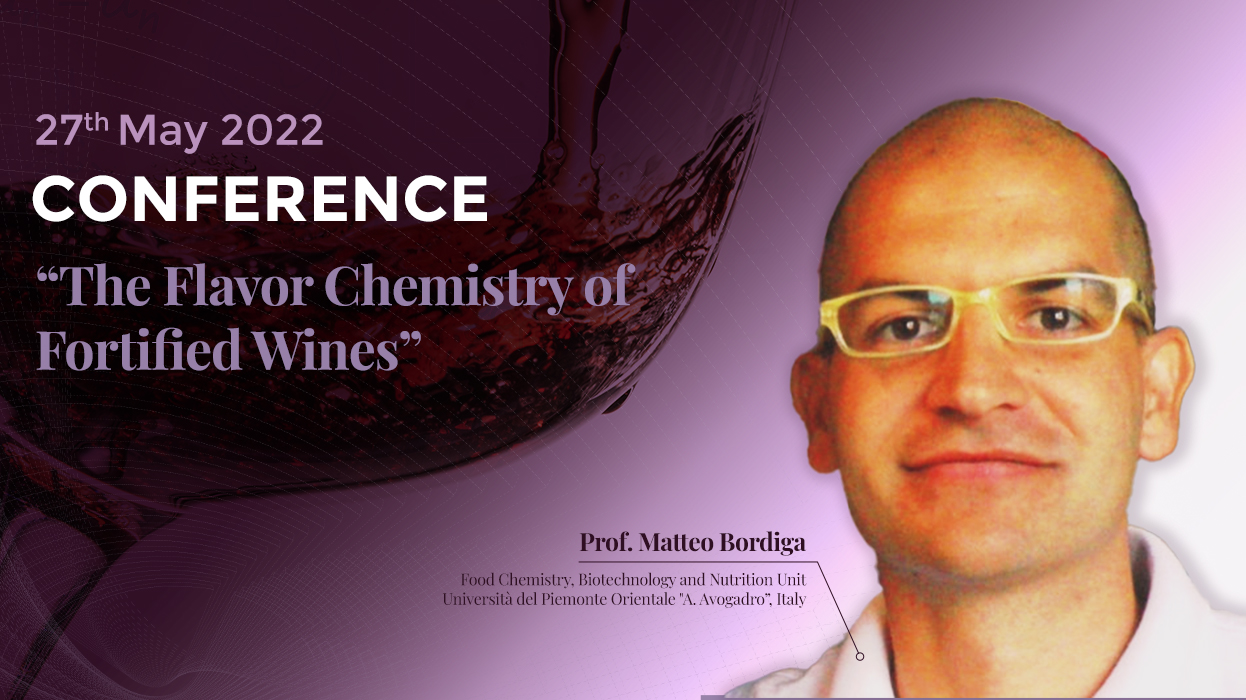 CQM annouces the conference "The Flavor Chemistry of Fortified Wines", with Prof. Matteo Bordiga (Food Chemistry, Biotechnology and Nutrition Unit, Università del Piemonte Orientale "A. Avogadro”, Italy), to be held at the University of Madeira, Auditorium of Colégio dos Jesuítas [updaded venue!], 27th of May 2022, 10h00.

The lecture will focus on the most important characteristics of the main fortified wines in the world – Madeira, Porto, Sherry, Moscatel and Vermouth. The flavopr chemistry of wine, the origin of the typical aroma (primary, secondary and tertiary), and the parameters that influence them during the winemaking process will be briefly mentioned. Some specificities of the world fortified wines will be addressed, highlighting the volatile composition with particular emphasis on aromatic compounds. The evolution of volatile compounds during the aging process and the most important odor descriptors will be mentioned.