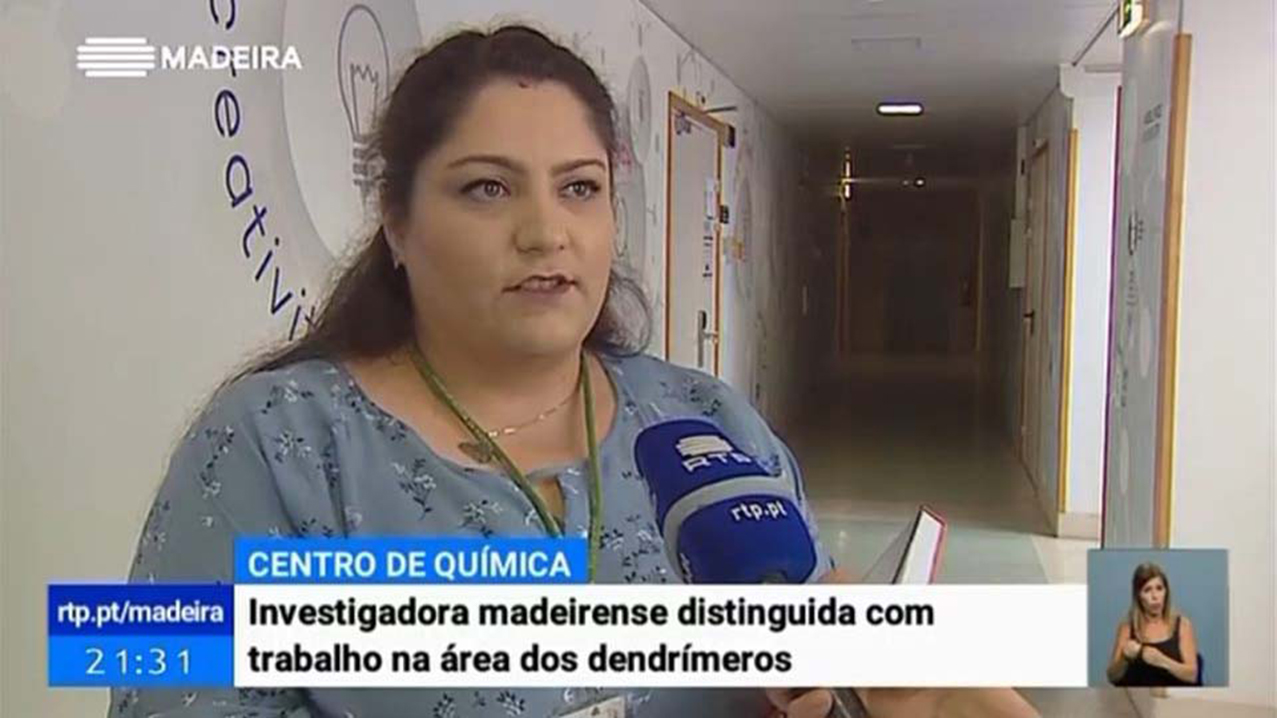 The researcher from Centro de Química da Madeira (CQM) and post-doc fellow of ARDITI (M1420-01-0145-FEDER-000005/ARDITI-CQM/2018/020-PDG, CQM+ (Programa Madeira 14-20)) Doctor Rita Castro was awarded for the work “DNA/PAMAM Dendrimer Films: a Highly Stable Platform for DNA - Intercalating Anticancer Drugs” during the 11th International Dendrimer Symposium – IDS11, which took place in Hotel Savoy Palace from the 14th to the 18th of July.

The research of the young scientist from CQM was recognized in the most important world event in the field of dendrimers by a scientific commission composed of senior researchers of different nationalities. This commission selected the three best posters out of a total of 43 posters that were presented during the event which gathered more than 120 researchers of 23 nationalities.

Doctor Rita Castro´s work, led by a team from CQM and in cooperation with i3S, presented the possibility of using a DNA-based film and dendrimers in the treatment of cancer. Through the approach proposed by the researcher in IDS11, it will be possible to release anticancer drugs directly in tumor cells, thus reducing the cytotoxicity and the side-effects linked to the conventional therapies.

Besides the CQM researcher, during the 11th International Dendrimer Symposium – IDS11, the works from the researchers Nadezhda Knauer from Russia and Yung Liao from Taiwan were also awarded.