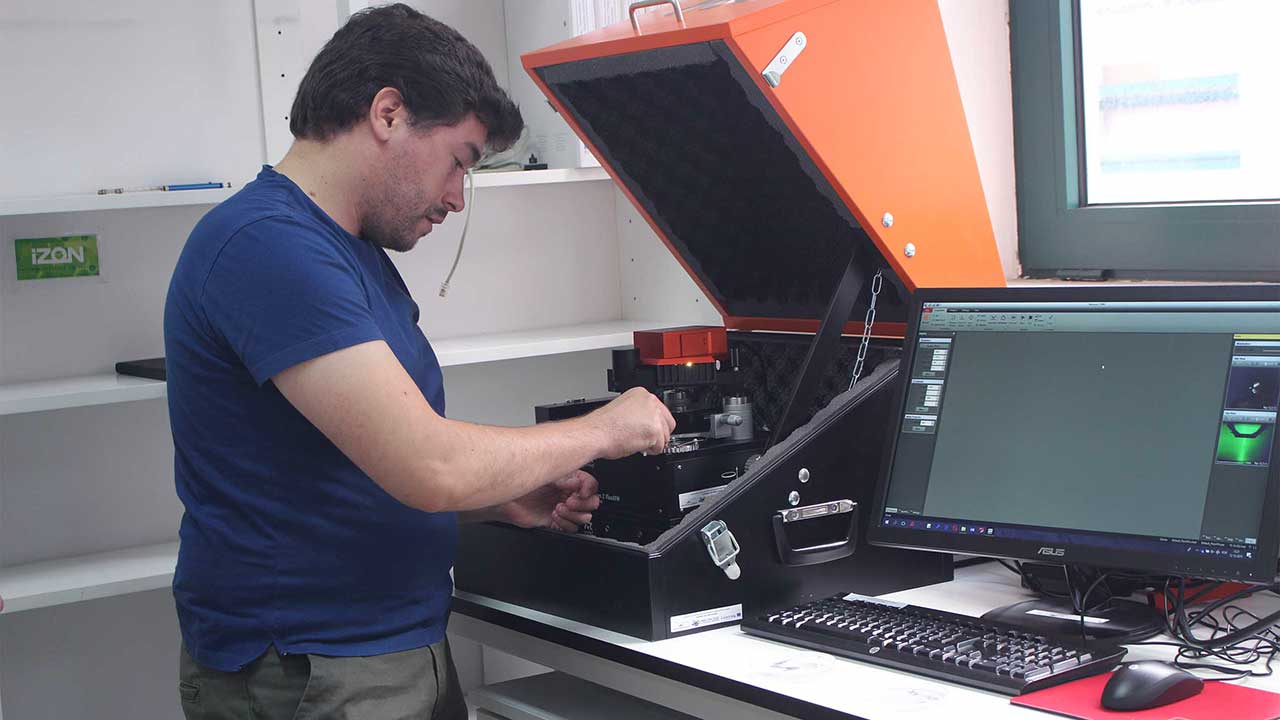 On October 11th the first Atomic Force Microscope (AFM) in Madeira Island was installed at CQM.

On the framework of Project ECOFIBRAS (Eco-sustainable valorization of invasive plant species of Macaronesia for the production of fibres for industrial use, project MAC/4.6D/040 ), funded by the cooperation program MAC through FEDER funds, the Madeira Chemistry Research Centre finished on October 11th and 12th, the two day course "Atomic Force Microscopy: A versatile platform with modularity" given by Hugo Gonçalves (MsC), with a short theoretical overview of the technique and a full day hands-on with the recently acquired Flex Axiom AFM equipment (ECOFIBRAS - MAC/4.6D/040). 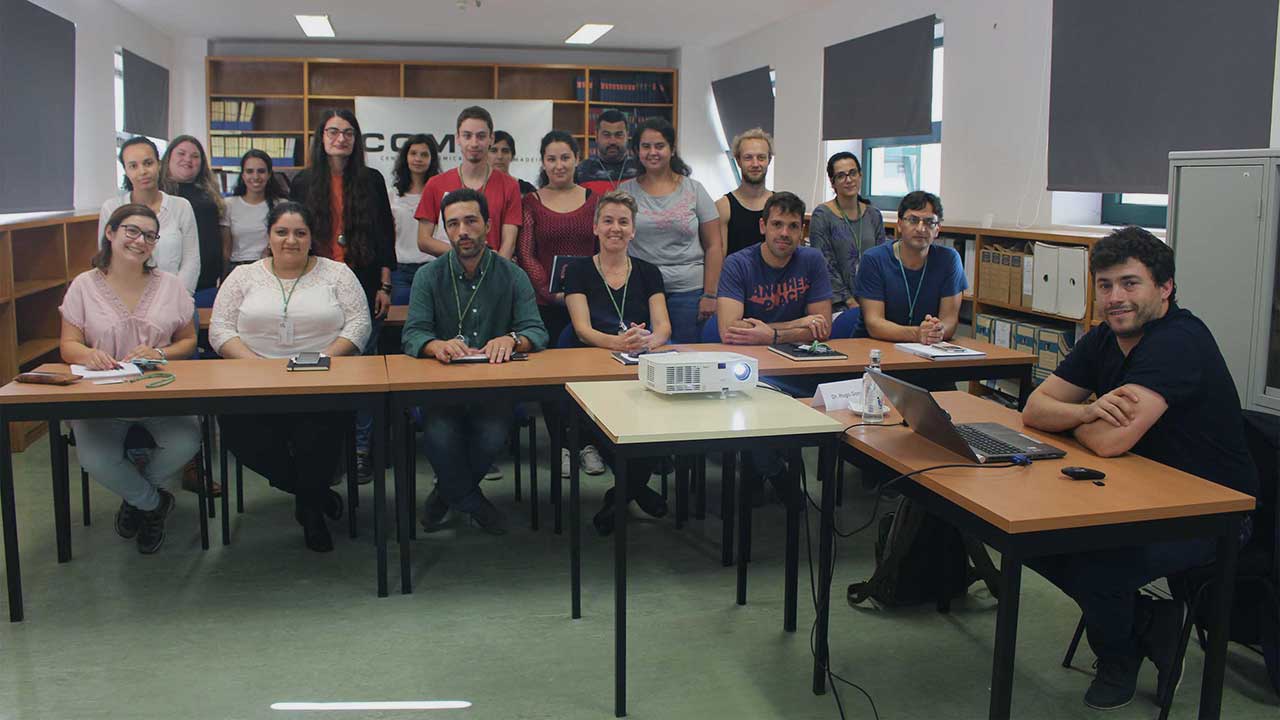 The installation of the first AFM equipment in Madeira Island and the implementation of this versatile technique at CQM, used in many fields, such as Lifescience, Material Science and Nanomanipulation/lithography, will allow researchers to perform very-high resolution surface analysis down to the atomic level, with samples in either air or liquid phase. Several pieces of information can be obtained regarding the studied surface, namely material contrast, charge and magnetic properties, nanomechanics and lithography, topography (roughness, structure size, height), force and interactions. At CQM this technique/equipment will be used primarily for topographic characterization of fibres from invasive species of Macaronesia, and secondly to study polymeric fibres and DNA films. 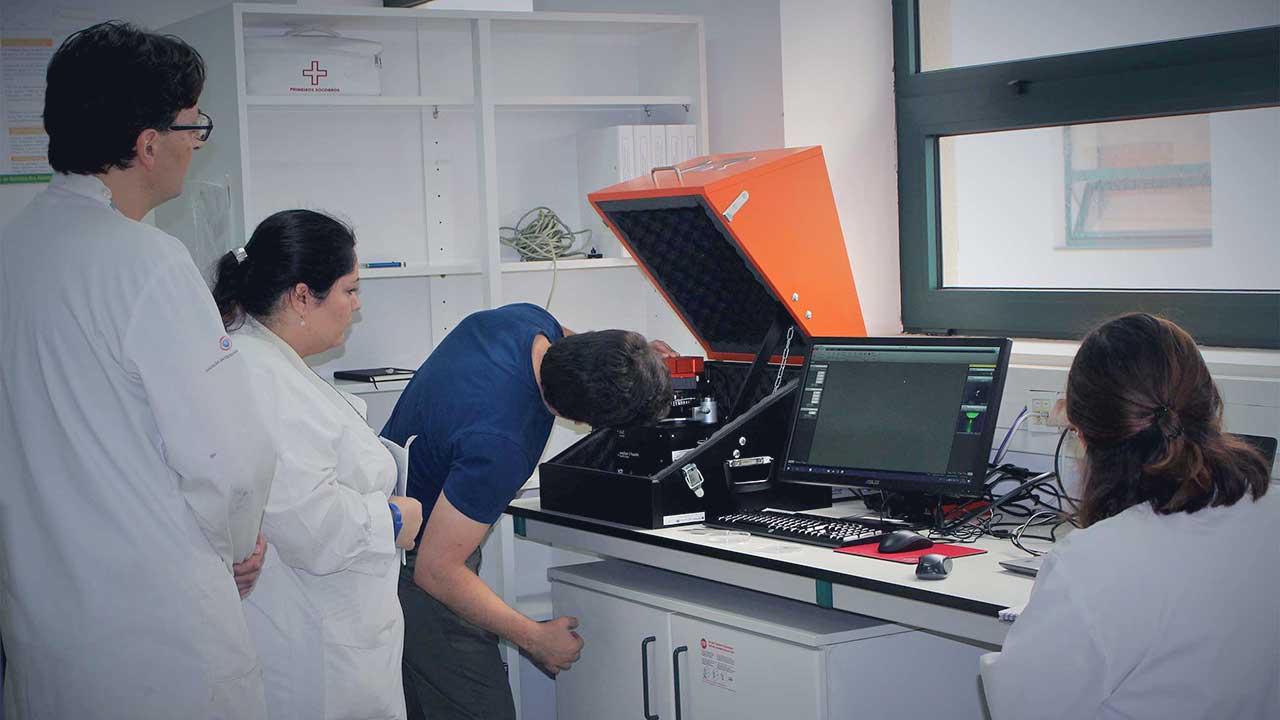