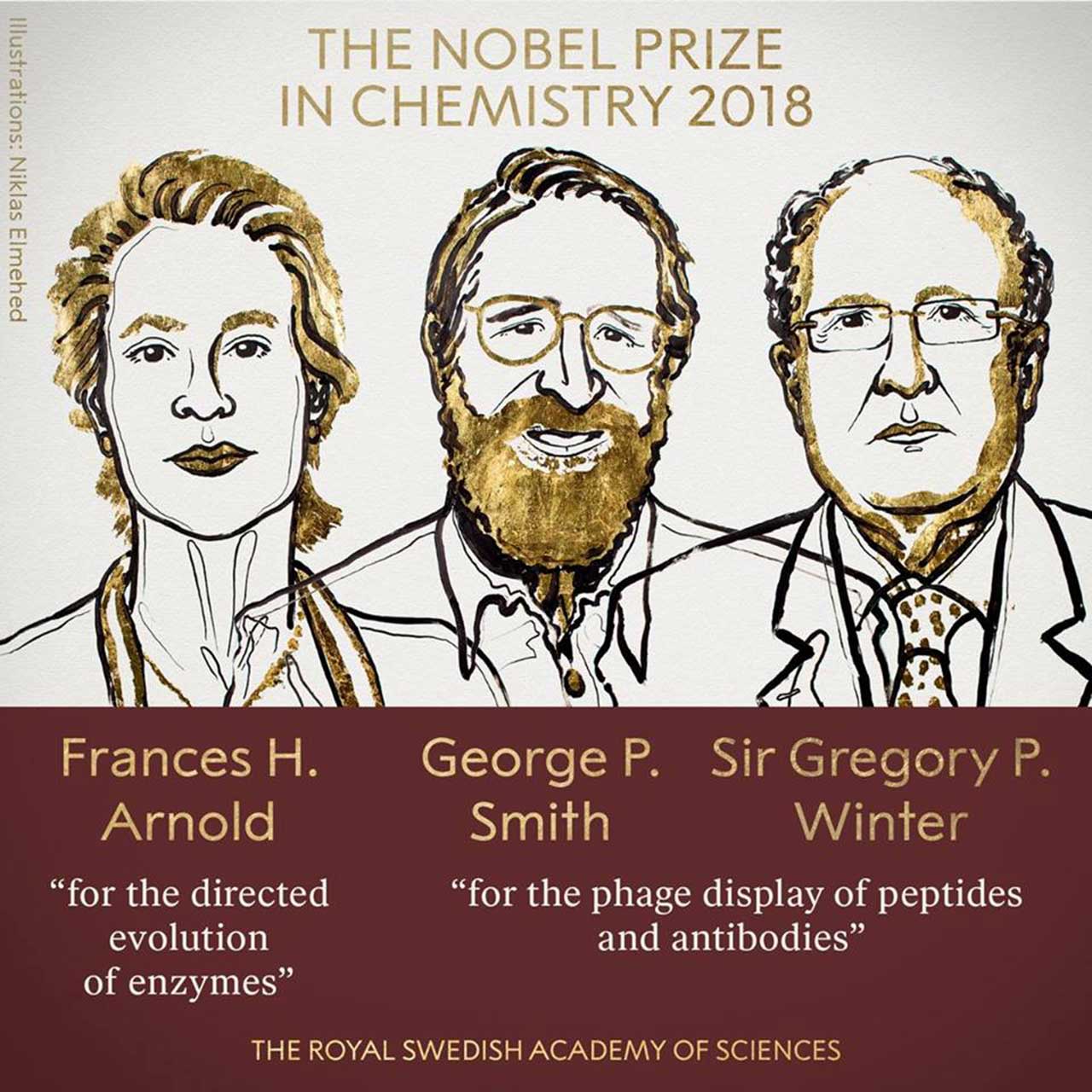 The Nobel Prize in Chemistry for 2017 was awarded to Frances H. Arnold, George P. Smith and Sir Gregory P. Winter for their work on "harnessing the power of evolution".

The Royal Swedish Academy of Sciences awarded the 2018 Nobel prize in Chemistry jointly to Frances H. Arnold (California Institute of Technology, USA) for her work in the development of new enzymes and to George P. Smith (University of Missori, USA) and Sir Gregory P. Winter (MRC Laboratory of Molecular Biology, UK) for their work in Phage Display.

Phage display is a very powerful technique that uses bacteriophages (bacteria-infecting viruses) to evolve new proteins in a rapid, efficient and relatively inexpensive way. Due to its high flexibility, phage display has become the object of interest of many researchers and has been used for numerous technological and clinical applications, including drug discovery and delivery, gene therapy, nanotechnology, vaccine design and diagnostic methods. In fact, this technique has contributed for the production of antibodies and pharmaceuticals used in the treatment of diseases and conditions with high worldwide impact such as autoimmune diseases, cancer, bacterial and viral infections, among others.

At Centro de Química da Madeira (CQM) we have been taking advantage of the high potential of the phage display technique by using it as a tool for the development of a new diagnostic application for infectious diseases, more specifically Zika and Dengue. Both of these had recent worldwide outbreaks, but there are still several challenges to overcome in the diagnostic methods that are currently used. Our research aims to develop an early, rapid and sensitive routine diagnosis for these diseases, based on phage display technology.

You can watch the announcement of this year's Chemistry laureates on the video below.